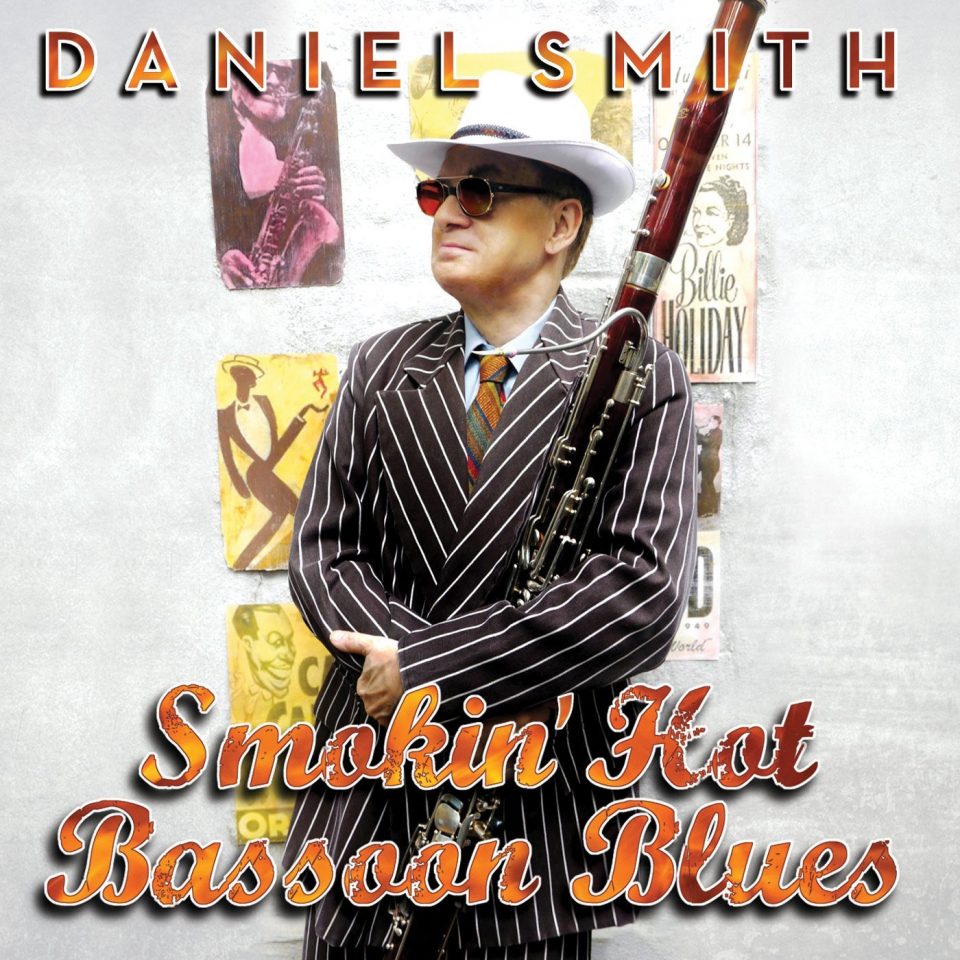 Recorded by Grammy Award winning Tom Lazarus, this recording brings the cutting edge, critically acclaimed “greatest bassoon player of the generation” (New York Daily News) into a plethora of tasty tunes arranged perfectly for him and an extremely talented lineup of musicians…

One of today’s leading pioneers of the bassoon with many critically acclaimed award winning recordings and live performances, Daniel Smith’s repertoire spans music ranging from Baroque concerti to jazz, ragtime and crossover. He is the only bassoon soloist who has performed and recorded over the years in both the jazz and classical fields. Daniel Smith’s unique career has been profiled in numerous publications. In the USA, his career was highlighted on PBS’s “All Things Considered” while in the UK, BBC 4 showcased his career along with BBC2 featuring his music for their ‘signature tune’.

Daniel Smith is one of the world’s most prominent bassoon soloists. He studied at the Manhattan School of Music, Columbia University, and the Mannes College of Music. Smith has recorded numerous discs, with repertoire ranging from Baroque concerti to contemporary music, including jazz with a quartet under his own leadership, ragtime, and crossover.

Daniel Smith is the first bassoonist to have recorded all 37 Vivaldi bassoon concertos, in recordings made with the English Chamber Orchestra and I Solisti di Zagreb for the label ASV.

Smith’s Vivaldi set was selected as the Best Concerto Recording of the Year by the Music Industry Association, awarded the Penguin Guide’s rosette rating, and was included in Fanfare’s annual “Want List.” Smith has also recorded with the Royal Philharmonic Orchestra and the Caravaggio Ensemble.

Smith is also noted for his support of the creation of new concerti for his chosen instrument. He gave the United States West Coast premiere of Gunther Schuller’s Concerto for Contrabassoon and Orchestra and the world premiere of Steve Gray’s Jazz Suite for Bassoon with the Welsh Chamber Orchestra. Daniel Smith has performed solo recitals at New York’s Lincoln Center and Carnegie Recital Hall, Wigmore Hall, the BBC Concert Hall, and the Tivoli Concert Hall in Copenhagen